Background to my Paranormal

Born Psychic or Made Psychic

I wasn’t born psychic but I was born knowing. But, like most people, I didn’t know what I knew and I didn’t realize that not everyone was like this. That’s one of the things that my paranormal study revealed – the number of adults who, as children, felt different from their peers. Very different! That sense of difference, and in some cases the acting out of that difference, had a marked impact on people’s lives.

In the survey, participants confided about their early encounters with the paranormal. Some were embraced and encouraged by their families and friends. Others were ostracized and made to learn early in life to keep their own counsel. Subliminally or consciously they learnt to keep quiet about the things they saw, heard, smelt and felt that were not part of the physical world. Oftentimes, this sense of isolation has stayed with them. 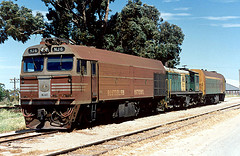 Paranormal activity wasn’t talked about much back then – how could it be? There wasn’t a lot of time and it certainly wasn’t a topic that featured much. Remember, that’s all there was back then. This was the world before technology took hold. Words like cyberspace, email and Google hadn’t even been coined and the Internet was still in the making. No social media: no blogs; no Twitter; no internet forum or podcasts; no Facebook, Digg, Flickr, or YouTube. Just the radio, the t.v., the newspaper, the library and a sparsely stocked bookshop. That’s all. Very little opportunity for information sharing; even less chance to discuss paranormal experiences.

Back then, things tended not to be dealt with at an international or even a national level. Life was very much played at the local level and for some people local meant very localized. In our house, there was talk of old aunts and their magical powers and ghosts in dimly lit hallways, but psi wasn’t something that was dwelt on. There wasn’t time. My parents were doing their best at making a life for their family – working full time, running their own business and raising two daughters. The paranormal was neither encouraged nor discouraged. It was always just there.

It’s against this background that my desire to understand the other side of life lingered – sometimes simmering to the top, oftentimes bubbling away unobtrusively.

(PS I googled Cummins, where I was born and this is about the only photo that came up.)

What was your experience of growing up with the paranormal?