I went to a Spiritualist Church once a week and get repeated messages about developing my mediumship. On one such evening, a lovely medium came to me and said I would develop as an psychic artist and, within three months, I could also hear the voice of the nun from my childhood. It was no surprise to me when I did hear her say “use your Imagination”.

I often frequented my local library as I had a passion for books. I usually headed for the section on anything to do with spiritual things. One day, laying on top of the other books was a book that caught my eye. I picked it up. On the cover was a picture of a lady. Her name was Betty Shine and she had written the book in my hands, and I knew I had to read it.

I remember opening up at random and there in big black letters was the IMAGINATION – the same thing the nun had said to me. I raced home all excited and I read the book in a matter of days.

Betty became my first teacher. She had an easy approach to psychic development which I still enjoy to this day. I joined a class called Psychic Sensitivities. This lead to meditation classes and my meeting with my first ‘real’ guide, a native American Indian called Red Cloud. He told me he had come to help teach me more, as I was now ready. This was the beginning of a five year friendship.

First, I developed better communication but, as I was very shy, passing on messages was something I was not sure I could do well.

I was still sitting in my development classes and having some wonderful moments with Spirit, as they showed me things. They seemed so clever, making thing appear and moving the picture around. So, I decided to try it out on my friends who were willing to participate. This was the best thing I could have done because I was now getting experience. Furthermore, I invested in a pack of tarot cards.

As you can imagine all this psychic activity put a strain on my marriage and we separated. Once again, I found myself on the move and I met someone else. He seemed to accept my psychic side but, soon after my Mum past away leaving a great void I thought I could never fill. I had lost Dad in my 20s but at this point I felt the lowest I had ever felt in my life. 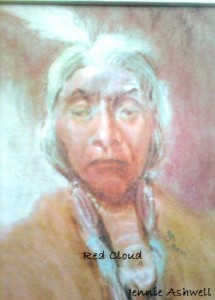 Lots happened in between all this. Many other psychic moments took place and I was pre warned that my life would change.

It was so painful having to break up my family but somehow it was necessary. I got a job and tried to carry on, but I was fooling myself. I was far from OK and I soon realized that I was also far from alone.

Spirit started sending me animals, a long line of furry beasts came through my door, into my home. Some stayed for awhile; other just passed by, but I saw a pattern forming. I had a special relationship with animals.

This lead to an increased awareness of healing and not just with my hands but with crystals – which was strange because I did not have any at this stage. So, I asked spirit to send me some and I had every faith they would arrive, somehow. I had done this sort of thing many years before,  so just waited patiently.

Everywhere I went I found a crystal and I started to use them intuitively. I even found one in the street as I was walking into town – a rose quartz.

To this day animals still arrive at my door. And my collection of crystals has grown considerably!

I was drawn to another Circle, which was five minutes from my home which was run by two lovely ladies called Maureen and Brenda. On my arrival there, I heard Maureen talking to someone and they mentioned Red Cloud.

I had already connected to a guide with that name in an earlier class that I had joined some years before. So, I walked over and introduced myself. I explained how I had come to have Red Cloud as my guide. I had come on the wrong night for the Circle but a church service was about to start, so I stayed. Later, after the service had finished I was invited by Maureen to come back on a Circle evening.

I explained I had sat in Circle before and, three days later, I joined the other members in their circle of development. I was there for four or five years.

Some years later I drew Red Cloud’s likeness and today I have it hanging in my living room.

My drawing skills improved with practice and I could see how much I had improved. Around this time, I had a new guide come into my life. His  name was White Feather and we started to work on my development together. Both my Circle leaders (Maureen Alderton and Brenda Gosling)  knew of Red Cloud and White Feather and Maureen, who was like a mother to me, told me I had come home.

Everything just lined up for me and life became very busy.

I was asked to do platform work, and later workshops but, I had to rely on friends to get me places as I did not drive. I noticed that Spirit soon came in to help me whenever I needed to go somewhere.

I now use all my gifts but know, I am only a channel for divine energy to travel through. I came on earth on a mission. It is one of Love and I will continue to serve, in the hope that I bring comfort and healing to those who wish to receive.

Jennie is testimony to how tough life can be when children are born with psychic abilities. There are many similar stories told in the online survey and they are a testimony to the strength of the human spirit and the isolating nature of paranormal encounters.

Please leave your response to Jennie’s story below.