What’s Your One Big Paranormal Question?

Ever wanted an answer to one of those big, burning questions – the one you keep coming back to time and time again? I’m not referring to those personal questions like:

I’m talking about the big, juicy, universal questions like …. like the one from Ciro, one of our members, who recently posted:

Now that is big!

You may be wondering why I’m asking you about your big questions at this particular moment – and there is a reason – more on that in a moment.

Recently, I was asked by a publishing house to review one of their book and it is this scholarly tome that got me thinking, more than usual that is, about life, death and the big questions.

While you’re reading this review, I hope your mind will oblige and bring one or your big paranormal questions into consciousness.

We will be needing that question soon 🙂

Coincidentally, the book I’m reviewing has the tag line “Understanding the Nature and Power of Consciousness” and its title is:­

Psychic Exploration – a Challenge for Science 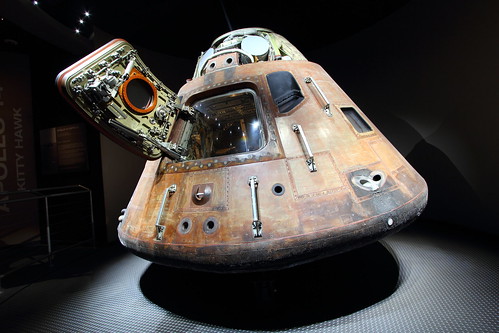 This is the long awaited reprint of the 1974 book of the same name, authored by Edgar D. Mitchell (yes, that Edgar D.) and edited by John W. White, ex of the Institute of Noetic Sciences.

At 700+ pages long, this book is certainly a tome but I think it’s manageable.

In turn, these four sections are made up of 28 chapters, written by 31 contributors (alphabetically from James B. Beal to Rhea A. White, with a few names that you may be familiar with like Charles Honorton and Jule Eisenbud) – all of whom have a strong parapsychological background.

Don’t be daunted by these statistics and please don’t be put off by the fact that most of the writers are academics.

Yes, this is a well credentialed book; yes the statistics are impressive; and let me say, upfront, yes, with one caveat, the book is well worth your consideration.

The only rider I have is that this book is a reprint, not an update.

I like the fact that all the chapters stand alone. You can either read the book from cover to cover or dip into it, as I did, and read the chapters that take your fancy.

There’s also a comprehensive glossary and index and each chapter begins with a summary, to help you choose which topics to delve into first.

All good points when tackling a book of this weight.

In the first eight chapters, the reader is taken on a walk through the early days of parapsychology from the so-called Golden Age of the paranormal to the 1970’s. Topics such as PK, telepathy and precognition are comprehensively covered and there are some asides that make this section particularly readable.

Let me share a couple of these anecdotes with you, to give you an idea of the tone of the book.

When describing the scene from the séance room, the psychologist Eysenck suggests:

Even today, there’s still something surreal about a story from Edgar D. Mitchell that begin with the words ‘when I went to the Moon’…… In writing about the transformative impact of the Apollo 14 mission on him from being a ‘pragmatic engineer’ to a seeker of a higher truth, Edgar reveals:

In Section 2, on Psychic Research, the authors discuss the intersection between parapsychology and other sciences such as biology, psychiatry, anthropology, and medicine.

Section 3 is concerned with what it calls a New Natural Science and this is the section that some readers may find a bit daunting [don’t you wish you had paid more attention in school?].

In this section, the reader moves into the realms of physics, metallurgy, chemistry and Quantum Theory. I’m unable to throw much light on what, if anything, has changed in the way of thinking in these specialists fields and indeed, it needs to be remembered that what was even proposed forty years ago may no longer hold true now.

In the final section, consciousness and Transpersonal Psychology, ‘a blend of the best in science and religion’ are discussed, with asides on Carlos Casteneda, Egyptology, Yoga, and Aldous Huxley.

This book is not cutting edge research and nor does it purport to be. It’s a great reference book and one that is more historical than current.

When the first book was released it was described as an “authoritative encyclopedic volume on psychic research” and I agree, it would have been then, in 1974, but I doubt if many would describe it as such today. 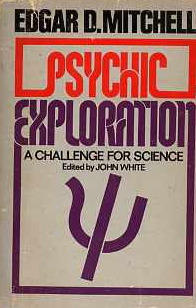 It’s nearly forty years since the book was first published and, because there are no fresh, new insights or updates in the new edition, it’s as though time has stood still. And, of course, this could not be further from the truth.

There has been no attempt by the editor to bridge the information gap – no additional chapters, just a new foreword by two of the great parapsychologists of our time, Marilyn Schlitz and Dean Radin – and with the advent of the internet and advances in technology, the world has shifted markedly in forty years.

Having said this, I think there is a genuine place for this book in the annals of parapsychology. Indeed, it is testimony to the great shoulders on which the parapsychologists of today stand.

Back to Your Big Question

Not unexpectedly, many of the book’s contributing authors have died in the intervening years and, while I can see where some of you may be going with this in your minds (yes, we could set up the ouija board; no I’m not a psychic medium but I could call in a few favours), wouldn’t it be great to ask a question of some of those authors remaining and get their take on what parapsychology has to offer now on life’s big questions?

These great researchers are in their twilight years and, before they report for higher duties, which of your big questions would you like them to address?

Leave Your Questions for the Parapsychologists Below Now