How I launched my Online Paranormal Survey

The first part of this article looked at the how to set up and run a low-cost online survey. Getting the actual instrument working correctly is just one of the factors which contributes to the overall success of an survey. Another important factor is knowing what data is needed. There are two broad types of information – qualitative and quantitative. Both have a part to play in scoping whatever the phenomena under investigation, which in my case were spontaneous paranormal experiences. 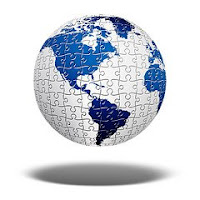 Traditionally, in academia especially, researchers either come down on the side of collecting qualitative information or collating quantitative data. There is a deep, historical divide between the two camps who oftentimes regard themselves as being diametrically opposite. There is a third path and, given that my topic of research is considered to be far from mainstream, it is probably not surprising that this option is one I chose. It is called Mixed Methods Research and for those who see the benefits of gathering both ‘objective’ numbers and ‘subjective’ narratives, then I suggest this is an option worthy of further investigation. By and large Mixed Methods Research is still considered to be alternative, not mainstream, by academics. Indeed, there is a lot of heated argument (or to be more polite, intellectual discussion) about the merits, or otherwise, of using this method but, having used it so successfully myself, I am in no doubt that it has a place in research. The book which has become my permanent point of reference for this research model and one that I recommend is Designing and Conducting Mixed Methods Research by John Creswell and Vicki Plano Clark. Mixed Methods Research involves the gathering of both statistical and qualitative data – and therein lies its elegance. Statistics can mask the true face of the topic under review – the human element – and in my research, it was the personal impact of parapsychological experiences that I was looking to document. Using the Mixed Methods Research model I achieved this and a whole lot more. On numerous occasions during the running of the survey participants left me notes thanking me for the opportunity to tell their story. In part, this was because of the topic being investigated but I also believe that the actual design, layout and composition of the survey played a significant part in making the participants feel welcome and appreciated. Indeed, the survey was deliberately designed to build trust. Looking at the alternative, namely face to face interviews, it is relatively easy to build rapport (and indeed, the sales and marketing fields are awash with tips on how to do this). However, when the audience is unsighted and unknown, the demograph is potentially as wide as possible, the main thing, almost the only thing I had to work with was my words. And they worked. A survey is much more than a bunch of question. Take the time to consider how those questions come across and you will be rewarded not only with more responses, but with notes of thanks. Truly amazing, really!
← Previous Next →