The Scientific Case for Survival

Although brought up in a Christian background, by my late teens I was an atheistic Leftwing activist in the peace movement.

It was the book ‘Psychic Discoveries Behind the Iron Curtain’ by Sheila Ostrander and Lynn Schroeder which alerted me to the possibility of an existence beyond the physical. Soviet scientists had discovered that all living organisms have a bioplasma (i.e. astral) body which was a blueprint for the physical one. Disorders showed up in bioplasma before appearing in the physical body, and experiments showed the bioplasma body could survive damage to the physical one. Kirlian Photography, also a Soviet discovery, was able to photograph this bioplasma.

Meeting my gay life-partner in 1970, a great believer in Spirit, he influenced me while alive, and even more so in direct communications since passing to Spirit. He materialized, talked to me and touched my face at a recent David Thompson physical séance, and he has also materialized spontaneously or talked directly to friends of ours.

I’ve learnt since the early days how many scientists past and present, many skeptical at first, have investigated evidence for the afterlife and found it to be proven beyond doubt. Many of the pioneers of television, radio and other inventions endorsed Spiritualism, including Alfred Russel Wallace, who first came up with the theories of Evolution and Natural Selection.

Not only has physical mediumship been pronounced genuine by many scientists and investigators, there is also instrumental transcommunication (ITC) using technologies such as radio, television, telephones, computers, tape recorders, etc. NDEs and OOBEs also provide strong evidence that the bioplasma/astral body can separate from the physical and survive death. All this was hard evidence for the afterlife, but until recently no scientific theory could account for such a phenomenon.

However, the theories of engineer Ronald Pearson (below) do so because he was able to think ‘outside the box’ imposed upon orthodox scientists and physicists. Seeing all the flaws in Albert Einstein’s theories, which even Einstein himself admitted on his 70th birthday in 1949, Pearson went back to the drawing board. 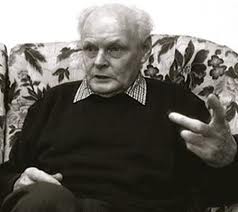 He will one day, surely, be recognized as the Einstein of the 21st Century, and deserved of the Nobel Prize for coming up with unifying theories explaining not only Quantum Physics and the greater Universe, but also all aspects of the so-called paranormal including the afterlife.

Quantum Physics experiments now prove that for matter to even exist there has to be a conscious observer. Without this the sub-atomic particles revert to wave function or waves of probability. In other words, the illusion of solid matter here and in the Earth-like Spiritual planes is created and organized by Mind or Thought; virtual reality environments designed to assist our Spiritual evolution.

Orthodox scientists are in a cul-de-sac.

To make their incorrect theories fit the facts, these scientists have tied themselves in knots inventing concepts such as ‘dark energy’ to try to explain the accelerating expansion of the Universe. Admitting they are wrong and that mavericks like Pearson are right would mean losing their research grants and bar them from publishing in scientific journals. This has happened to other mavericks, like Galileo, for instance.

Up till now, Pearson has only been able to get published privately, on the Internet and in scientific journals in Russia, but he is slowly breaking through, with a recent broadcast on BBC Radio 4.

Pearson’s theories go back to before Einstein and revive the concept of the ether permeating the Universe. He calls it the ‘intelligent ether’ or ‘i-ther’, a brain-like matrix composed of pure energy. It accounts for the Intelligent Design obviously behind life, evolution and the multi-verse.

The Campaign for Philosophical Freedom by Michael Roll (below) promotes the theories of Pearson and the rationalist case for the afterlife. They use the term Survivalism to distinguish it from Spiritualism which despite starting from an empirical basis based on experimentation, has become greatly distorted by religious and pseudo-religious trappings. The teachings of Silver Birch and others make clear we are all responsible for our own actions, and the law of cause and effect, or karmic justice, will prevail. There can be no absolution by priests, blood sacrifices or Saviors from on High. 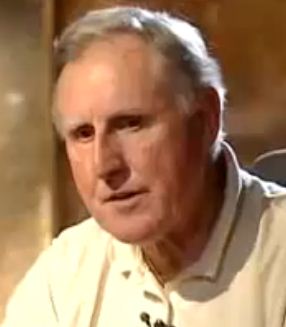 Survivalism is a secular belief in the afterlife as proven by the evidence and experimentation via clairvoyance, physical mediumship and other methods of communication with the ‘dead’. It is open to those of all religions and none, from whence great teachers like Christ, the Buddha, Krishna, Sir Bertrand Russell, Karl Marx, etc. have come and tried to teach us the way to behave towards fellow human beings.

The Institute for Noetic Sciences, started by ex-NASA scientist/astronaut Dr Ed Mitchell, also seriously investigates all aspects of the paranormal.

The purpose of life here is to learn from experience and to evolve. This evolution will continue on the timeless Spiritual planes. Everything is eternal and evolving and we are all part of a greater whole. There is meaning to the multi-verse and to life both here and beyond the physical.

Only the blinkered can really believe our Universe and all the complicated life-forms came about by pure accident. Evolution and natural selection are guided by Intelligent Design coming from Spirit, Source, the i-ther, God, Allah, Krishna consciousness, the Unified Conscious Energy Field or whatever term you choose to call it.

Tony was born and still lives in London. He describes himself as ‘not religious, but like an increasing number of atheists/agnostics I believe there is overwhelming and increasing evidence of survival (or life-after-death)’.

To find out more about Tony and his areas of interest visit Tony Papard.info.