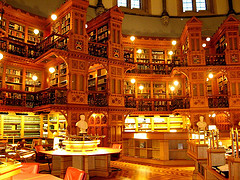 My thesis has hit the shelves of the Monash University Library. It’s the final milestone in the long, drawn-out, formal process that sees an idea become a reality. That’s the good news. The bad news is that the whole thesis is only available for viewing on campus. Will there ever be a day (perhaps Google will have to step in?) when all theses are available online? I hope so but it won’t happen in the foreseeable future.

Anyway, I’ll reprint the abstract in this and the next post. If you can’t wait just click on the link above.

Anecdotal reports of paranormal experiences abound. In addition to the numerous books, films and media articles, there is a growing body of personal narratives which is readily accessed through online websites, blogs and chatrooms. By comparison, there is a paucity of documented research on spontaneous parapsychological phenomena in the academic literature. The current exploratory study sought to redress this imbalance by addressing the research problem: what types of paranormal phenomena do people spontaneously encounter, and are there unifying themes in the reports of these experiences?

This research followed the Mixed Methods Research model. Qualitative and quantitative data were gathered via an online survey instrument, which was written in English. Over three thousand (N=3194) self-selecting respondents completed the questionnaire and in total, 59 countries were represented. The majority of the paranormal experients were from the United States of America (N= 1979), Australia (N=485), United Kingdom (N=252), and Canada (N=228). More women (62%) than men participated in the survey, and while the dominant age group was the 18-35 year olds (45%), this was closely followed by the 36-55 year olds (43%).