Orb or Something Different? 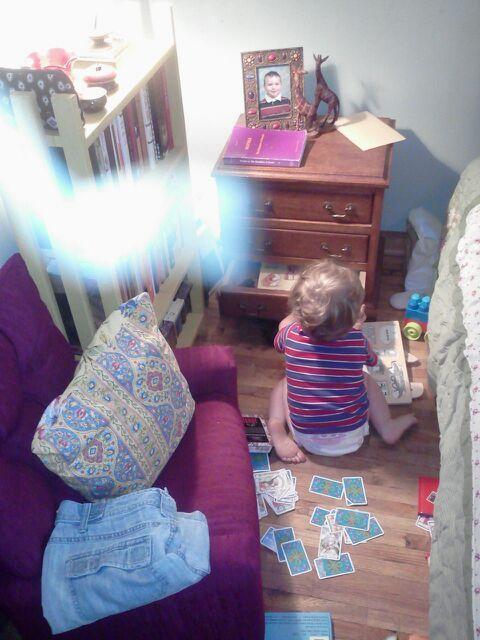 Orb or Something Else?

We’ve received this photo from Lee Channing, a contributing writer here at Psychic Revolution with her monthly Spiritually Evolving post.

I have a question for you.  Do you know anyone who looks over photos to see if there is a “ghost” image present?  I just received this photo of my little grandson and it appears to be a ghostly arm/hand watching over him.  Comments?

I suggested it was an orb:

That’s what springs to mind first. However, Im surprised at the amount of energy and am wondering if that does have to do with the presence of your grandson.

Lee then confirmed that of course she is familiar with orbs and, in fact, sees them regularly, especially when dealing with animals. However, as Lee notes:

Usually the orbs are orbs – more like balls of light.  In this photo I actually felt like I saw energy reaching out to protect him (he needs it – long story).  He’s gorgeous…..His mother sent me several photos taken yesterday and that was one of them.  She also felt it was spiritual in nature, but didn’t mention anything “happening” at that time. I’ll recheck with her.  They live in an old farm house built in the 1800’s which is also interesting.

The latest from Lee:

It seems that a toy was spinning in the room when the photo was taken and they do sense energy regularly.

The image might have come from me or my praying. It appeared as I spoke the words to myself “opening drawers.”  This particular manifestation was positive. Some are not. We have woken simultaneously and he had been screaming. During this incident a toy was spinning in the room. He is extremely sensitive to me as well as other people’s energies. But, you may share this photo with anyone you wish.

So, Lee would like your input. If there is anyone who can tune into this image or feels they have an answer regarding what this energy is and what is causing it… please leave a reply below.