Is There Life Beyond Death?

The following life beyond death extract from the surveys completed for my Higher Degree dissertation at Monash University in Australia.

After my grandfather died, he stayed around the house for a week to make sure were were doing all right. I saw him in the living room talking to his cat (who was talking back to him, this is what drew my attention), and I also heard him moving around in his bedroom late one night (I also heard his radion playing inside the room–we had, however, taken that radio, the only one in the house, into the kitchen a day or two before). I had the presence of mind to account for all the people who were known to be in the house at that time before I hightailed it back to bed and pulled the covers over my head. 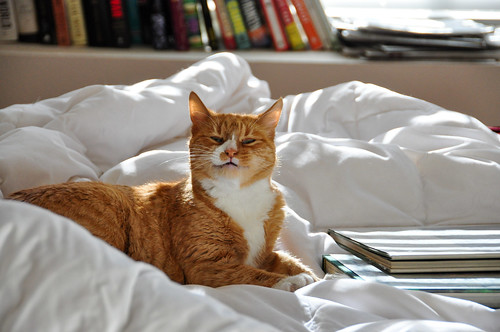 Sign up now for the latest Paranormal News from Psychic Revolution

Beginning This Conversation on Life Beyond Death

Do animals see the dead? Can they communicate with their owners who have passed over? According to this testimony some can.

Some research has been done by Rupert Sheldrake into human-animal communication. Dr Sheldrake originally trained as a biologist and is today regarded by some (many?) in academia as a highly provocative figure working in an already controversial field (paranormal research). I’m unclear whether Dr Sheldrake has addressed the possibility of animals seeing ghosts but for those interested in pursuing this further here are a couple of his books.

Both are based on his own research.

Dogs that Know When Their Owners are Coming Home

The Sense of being Stared At: and other Aspects of the Extended Mind

Both refer to the human-animal bond, and telepathy and premonitions in particular.  Dogs are the obvious focus of the first book while all pets and undomesticated animals are covered in the second.

Elsewhere on the Internet

So, does the human-animal bond made in this life live on beyond the grave? I have no idea. Do you?

Previous: Remember to Live Before We Die

Next: Life After Death